Σαββάτο 22 Ιανουαρίου 2022
Subscribe to this entry Unsubscribe this entry

We would like to inform you that due to the implementation of a new lockdown in our country and the increase in the number of coronavirus cases, the organizing and scientific committee of the “Jean Moréas International Awards” and the Patras International Poetry Festival postpones the date of the event on December, 10-13 of 2020.

The Patras World Poetry Festival 2020 this year is entitled "National Poets" and plans to host 60 poets from 15 different countries around the world.

This year the festival  be held online and virtually, as far as COVID-19 impact affects significantly the implementation of this event.

In the four-day online event there will be 6 meetings lasting up to 3 hours, where the guest poets will be presented with readings in 2 languages, via live connection. The events will be attended by invited representatives of institutions and the jury, while the program will include speeches, presentations, tributes, music, etc.

In addition, the following activities will take place within the schedule of the Festival events:

The 3rd Patras World Poetry Festival 2020 is organized by the Poetry Fountation “Grafeion Poiiseos”, the literary website Culture Book (culturebook.gr) and the multicultural center Epikentro Plus History & Arts, while every year it is under the auspices of the Ministries of Culture and the Ministry of Tourism*. Supporters of the event are the Greek Library of London, the Cultural Center “Kostis Palamas”, the University of Western Macedonia, the Hellenic Open University and many other important institutions, as claimed under the Aegis of the President of the Hellenic Republic.

Awarding of Poetry Awards "Jean Moréas" for the year 2019

This annual event will be held digitally at one session of the PWPF Poetry Event 2020, with a presentation of the award-winning poets and recitations by them. This is the annual event during which the "Jean Moréas" Prizes are awarded for Greek poetic art and Greek poetic production in its entire range. They are recognizable nationwide and concern the poetry collections that were published throughout the previous calendar year from the year of the award. They refer both to young poets and newcomers and to those who are recognized with their poetic work along time.

The event is highly appreciated by the Greek literary and artistic circle of readers. In this year's event, in addition to the institutionalized awards, a very important foreign poet will be honored, who with his/her lifelong work honors the literature outside Greece.The Award Committee is composed of Greek University professors, as well as very important poets and poetry critics who will evaluate the work of the honorees.

On behalf of the organizing committee. 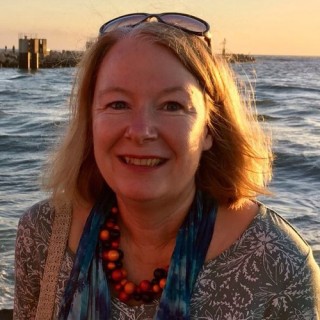 Alice doesn't  have a   looking-glass but
there's   a   full-length     mirror   in   her
mother's  room and a cat that refuses to
smile.  She's  five and the world's full of
wonder.  She  makes  rose  petal tea for
her dolls, rabbit  and stuffed  tiger. Alice
has   a   den   in   the   bottom   of    her
wardrobe that smells  of  plimsolls.  She
visits a treehouse at Sarah's in a   crack
willow where the branches fork and the
sky falls in. Henny Penny run, run!

When it snows,  Alice   burrows  in   drifts
like    a vole and  the  world is  crystalline
and   mauve.  Ice   ferns    her   bedroom
window and  she doesn't  speak for days.
She turns  six and a baby sister appears.
Alice  makes  a  new  den  in  the garage
from  two  deckchairs,   a  broom  and  a
grey felt blanket. She steals a packet  of
her sister's Farley's rusks and eats them
out there on the concrete floor.

A chest freezer full of  lamb  carcasses
and   frozen  veg hums   in   the corner.
Somewhere in the house, her father  is
curled   up   like   a    caterpillar   in  an
armchair, listening  to  Bach, his   head
wreathed in smoke.

Dr Anne Caldwell is a freelance writer and education specialist, based in England. She has worked for the British Council and is due to become a Royal
Literary Fellow next year. Her specialism is prose poetry and she is a keen walker. Her poetry has appeared in a range of anthologies and magazines in
the UK and internationally. These iinclude The Rialto, Writing Women, The North, Poetry Wales and Stride. Anne has published three collections including Painting the Spiral Staircase (Cinnamon Press). In 2019, she was co-editor of The Valley Press Anthology of Prose Poetry alongside Professor Oz Hardwick. Her fourth collection, Alice and the North, is available for pre-order from Valley Press. and is being launched in November 2020. 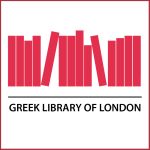