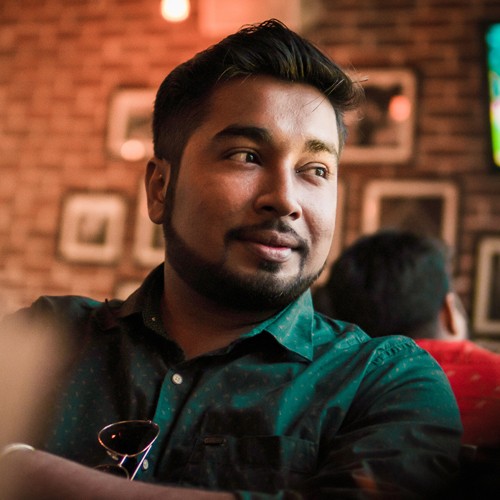 imagine you are little weird
and you dream of yellow rivers
gathering tea leaves to the tune of ardent Erhu music
in the heart of a Syrian child
imagine you believe her tears,
flying samurais,
can flood rice fields of gold
transform into maritime silk routes
ancient as hope
through silk routes of tear you sail on a tiny boat from Kunming to Mediterranean shores
kissing continents of solitude
will you be wrong ?
no, not at all
because you have a fundamental right to dream
a natural right to dream

imagine you are listening to a relaxing
composition of Spanish guitars
lying on your bed of windows
lights off and fog outside
you sleep down the slippery melodies of
a candle-lit evening from the 90's
you feel strongly you could still live that innocence
will you be wrong ?
no, not at all
because you have a fundamental right to dream
an inalienable right to dream

imagine it's a stormy night
and you are sailing through the silkroutes of tear on your tiny boat
you come across a dream-seller carrying fallen leaves
you ask for a dream and he offers his palms instead
you hold his hands and cry
will you be wrong ?
no, not at all
because, without sweat and blood and tears
there is no right to dream

as a three-year old
I used to scream seeing butterflies in my dreams
I could not tolerate those intense dreams
I used to wake up in tears, tired and terrified
I have seen dreams growing to words
and butterflies shaped into swords
butterflies with edges of sword can cut you into doubles
my dreams have been weird
your dream will be different
no matter what
you have a fundamental right to dream a different dream
an inalienable and a natural right to dream
just like your right to breathe
you have a right to dream

It was an unusually bright summer day
Unlike on other days, he did not carry sweets for all
His hands had long long blue veins
He walked back home in quick steps
with an old Mohendra Dutt black umbrella in his hand to the scorching heat

His body was found hanging against the sun
in the shades of an old banyan tree
notorious for its robust growth, noisy ghosts and impeccable memories

For years
everyone talked about everything, just not about the dead man's mind

The day my grandfather died, my father was not in town. His absence was long overdue.

Debasish Parashar is a Multilingual Poet, Creative Entrepreneur, Singer/Musician, Lyricist based in New Delhi, India. He is an Assistant Professor of English literature at the University of Delhi. Parashar is the Founder & Editor-in-Chief of Advaitam Speaks Literary journal and is associated with the World Poetry Movement. With his debut song 'Pamaru Mana' (2018), Debasish became one of the first Indian singer/composers who dared to experiment with the idea of fusing 500-years-old Borgeets of Assam with Western Orchestral music (with layered violins, pianos, snares & vocals), challenging the religious and ritualistic conventions of the Satras. His write-up on Majuli has been listed amongst top 100 online #worldheritagesites stories globally in May 2016 by Agilience Authority Index. Debasish Parashar was honored with the 'Festival Charter for Interpretation' award at the Indija Pro Poet-2020 International Literary Festival. He has received an Honourary Diploma (Diploma de Honor) signed by the Consul of Isla Negra, Chile by Movimiento Poetas Del Mundo (Movement of Poets of the World). Parashar has been/is getting translated into more than 30 world languages. His poetry has been featured in more than 15 different books/anthologies. Overall, his poetry has appeared in more than 30 countries of the world.