Κυριακή 05 Φεβρουαρίου 2023
Subscribe to this entry Unsubscribe this entry 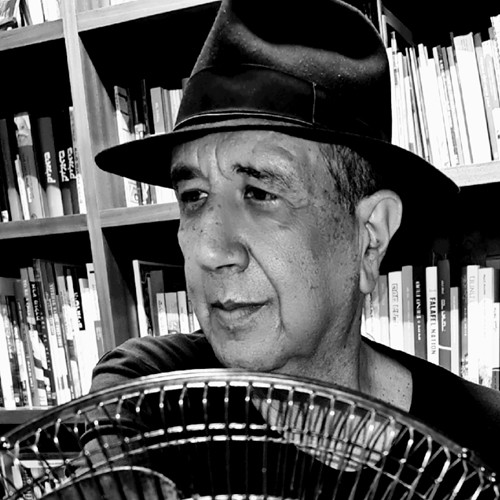 A POEM OF BLISS

We are placed on a wedding cake
like the two dolls, bride and groom.
when the knife strikes
We'll try to stay on the same slice.

Revenge of the Stuttering Child

I speak today in memory of the words which once stuck in my mouth
in memory of the toothy gears which crushed syllables
under my tongue and smelled the gunpowder
in the gap between the gullet and the arid lips.
My dream then was to smuggle the words packed like stolen goods
in the mouth's warehouse,
to rip the cardboard boxes open and pull out the
toys of the alphabet.
The teacher would lay a hand on my shoulder and say that Moses, too,
stuttered but nonetheless made it to Mt. Sinai.
My mountain was a girl who sat
next to me in class, and I had no fire in the bush of my mouth
to ignite, before her very eyes,
the words consumed by my love of her.

RONNY SOMECK was born in Baghdad in 1951 and came to Israel as a young child. He has published 13 volumes of poetry (The last called "so much god ") and two books for children with Shirly Someck. He has been translated into 44 languages. Selections of his poems have appeared in Arabic translation, French, Catalan, Albanian, Italian, Macedonian, Yiddish, Croatian, Nepali, Dutch, Danish, Portuguese, Spanish, Germen, Turkish, Russian and English.
He is recipient of The "Wine poem award" in Struga Poetry Evenings, Macedonia, 2005 and Hans Berghhuis prize for poetry 2006, Holland. He has been awarded the Cross of The Order of The Knights of Poland and the knight of the Order of Arts and Letters of France.