Πέμπτη 09 Φεβρουαρίου 2023
Subscribe to this entry Unsubscribe this entry RONNY SOMECK was born in Baghdad in 1951 and came to Israel as a young child. He has published 12 volumes of poetry (The last called "The Revenge of the Stuttering Child- collections and new poems") and two books for children with his daughter Shirly.
He has been translated into 43 languages.
Selections of his poems have appeared in Arabic translation, French, Catalan, Albanian, Italian, Macedonian, Yiddish, Croatian, Nepali, Dutch, Danish, Portuguese, Spanish, Germen, Turkish, Russian and English.
He is recipient of The "Wine poem award" in Struga Poetry Evenings, Macedonia, 2005 and Hans Berghhuis prize for poetry 2006, Holland.
He has been awarded the Cross of The Order of The Knights of Poland and the knight of the Order of Arts and Letters of France. 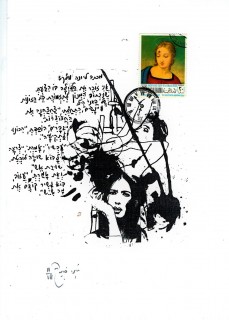 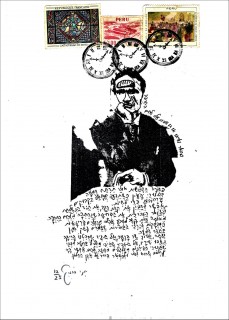 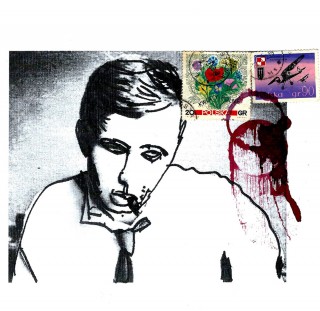 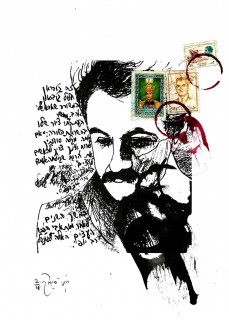 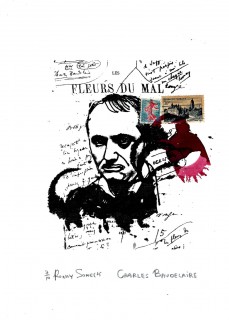 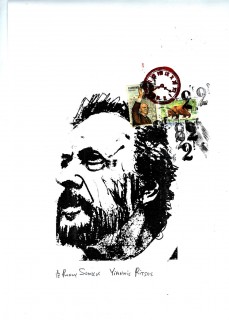 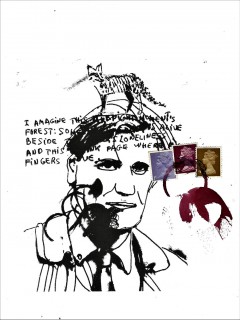 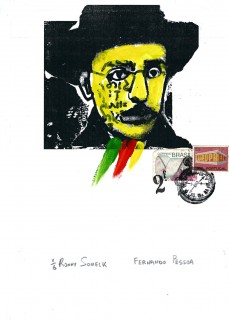 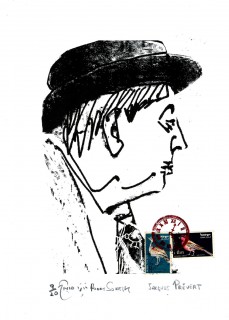 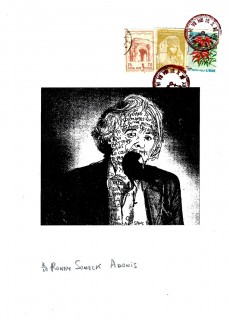 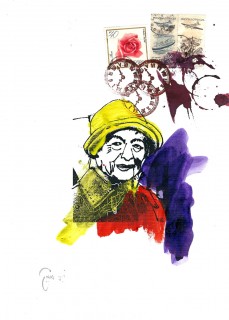 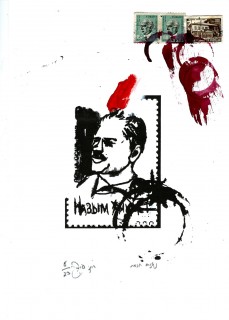 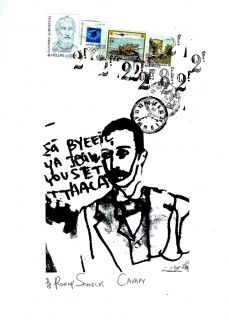 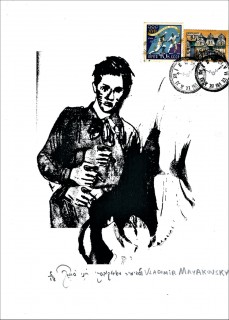 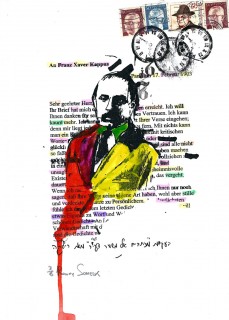 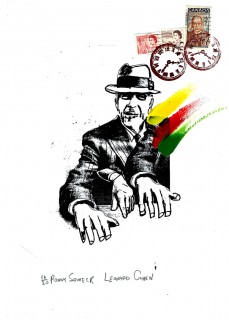 This whose brain is the Commander of the body
This whose body conceals desire in the cave of genitals
This whose genitals moisten the lips of the hostages
This whose hostage is the broken tooth in the mouth shouting commands
This whose command knows no borders
This whose border is stretched like a sock
This whose sock is silent
This whose silence crumbles threads from the gnarl of words
This in whose brains words are stuck like a fence
And after which nothing is left to say.


The high heel shoes were invented by
a girl
who was always kissed on her forehead.
Since then the forehead shines like a shoeshine
and the eyebrows brush does not stop shining
the eye's electricity after the bombing
on the lips' mines.
I remember the first kiss, by the lemon tree that was clean
of leaves. Someone told us that if we will rub our teeth
with a leaf the cigarette smell will be erased.
The fog had then thin fingers. The city
neck
was wide, refusing strangling and the girl that I wanted
did not know that the lemon smell between teeth and tongue
was spread in the imagination on her face's salad.


The Third Kiss Blues
She was almost the first and I wanted to call her Eve.
She called me Peugeot for I was her 306.
We had few years in her favor between us, and until then
I never hitched a ride that didn't stop for me.
We stood by the agricultural school's fence and under
our feet you could hear how
in the irrigation pipes the water divulge
a secret to earth.
"if you plant a horseshoe in it", she said, "within a year
a horse will grow", and "if", I replied, "you plant in it a fan,
within a minute Marlin Monroe's flying dress will flash".
After a second her lips began to crumble like sand
and her tongue emerged to my face
like remains of a wave.
At that moment the world was split between those who closed their eyes
and the drummers at the drill grounds
of the sunset.
Therefore I didn't see how the wheels of the tractor passing by
whipped the puddles water,
and how like flying kisses mud pellets spattered
to the clouds' muscles that were condemned that evening
to push the sun
to the sea.
Tr: Hanni Dimitstein

Her body is God's candy bag.
In the battle fields on her smooth
belly's border
I am a chocolate soldier

And poetry is a gangsters' girl
in the backseat of an American car.
Her eyes are squeezed like a trigger and her hair's pistol shoots
blond bullets that slide down her throat.
Let's say her name is Mary, Bloody Mary,
and from her mouth the words are crushed like juice from the tomato's guts
which was first disfigured
on the salad plate.
She knows that grammar is the language's police
and her earring's antenna that on her ear
identifies the siren from a distance.
The wheel will shift the car from the question mark
towards the period
and she will open the door
standing at the road's margins as a metaphor to the word
whore.

A SHORT HISTORY OF VODKA


I don't remember the name of the bar, at the end
Of the Metal Workers' Hall of Culture in Chiliabinsk.
I remember only the girl whom every fifteen minutes
Came from behind the counter to collect the glasses into
A red plastic bowl.
She skipped from table to table, her high shoes,
Clicking out the smell of heaps of loot,
A fur hat spread war snow on her forehead
And fumes of alcohol blurred her face furled like a white flag.
There is, said the man beside me, no woman who isn't beautiful
There is too little vodka.


The most beautiful girl in the world used the pad of her finger to
wipe the dust off the label of a bottle in a wine shop in Bordeaux.
The fan of this movement is taught at archaeology schools.
when eyes open wide to identify the year of Creation.
Inside the bottles all traces of the hand that squeezed the grapes
have vanished and from the grapes the scent
of the shady roofs of the vine leaves has been forgotten. In the leaves
nostalgia has shut down the wind turbines of the grains of sand, and the sand
no longer covers the roots that crept through the earth like snakes
that shed their skin every season.
And the girl? Nine months, I guess from the brushstrokes on her body,
nine months Leonardo da Vinci sat between
her mother's legs and painted
her.

A love poem for the Mederano Circus Acrobat

It was hot,
And she laid her leg on a stool
to remind how much I wanted to be
The bandage that was wrapped around her knee
Or even in more desperate times
The hidden blue bruise.
Back then I was in the complex gap between 15 to 16
And she stretched ropes around my body without saying,
Come on, touch my Italianisms,
Come and despise, as I, the fires' hoops
Or come and say that you would have praised my legs
In a display window of any museum for History of Desire.

Back then I was strong in dreams, and in the mornings that
I came to the Circus Tent I saw her brother brushing
A horses' mane, her mother reading a Magazine
Which on its cover flashed joy in the corner of the eye
Of Sofia Loren
And I, in my heart, applauding
the second she waved back
to the wave that I never dared to send her.

Till now I haven't got a clue what was her name.

News from the Underworld

The bra saleslady's pink tape measure
in one of Victoria's Secret's New-York branches,
sees more nipples a day
than Casanova, say, had seen
in all of his life.
If it had a soul
it will never have stopped
bolting upright.

And the relics of fhoenician ship
Where I was once many slaves.
The whip that struck my back
was made in the shape of your hand,
And the voice that commanded row! row! was sharp as an ax

I wanted Love to wave like the skull on the black flag
Of a pirate ship.
Something quick,
something torn right out of my hip.

DJ Blues at the Shelter for Abused Women


I want to be a DJ
at the shelter for abused women,
sing songs to net swordfish
from the eye's bottom, drown sharks of pain
and fill the heart's aquarium
with goldfish.
But the ears of abused women are
pits full of curses,
they are frightened of every scratch on word's lips,
of a knife sharp as a tongue,
of the throat's vacuum lined with silk-alike.
"Women, women," I whisper to myself,
"I'm scribbled like a page torn out of your biography
and you are lines in the blues I'll compose
in the alphabet of periods when you are nothing more
than flesh chucked out from hell's butcher shops."

In the matches box called passion
they rub head by head
and know that fire is a blowing engine
in the orgasm train.

*
Revenge of the Stuttering Child


I speak today in memory of the words which once stuck in my mouth
in memory of the toothy gears which crushed syllables
under my tongue and smelled the gunpowder
in the gap between the gullet and the arid lips.
My dream then was to smuggle the words packed like stolen goods
in the mouth's warehouse,
to rip the cardboard boxes open and pull out the
toys of the alphabet.
The teacher would lay a hand on my shoulder and say that Moses, too,
stuttered but nonetheless made it to Mt. Sinai.
My mountain was a girl who sat
next to me in class, and I had no fire in the bush of my mouth
to ignite, before her very eyes,
the words consumed by my love of her.

A POEM OF BLISS


We are placed on a wedding cake
like the two dolls, bride and groom.
when the knife strikes
We'll try to stay on the same slice. 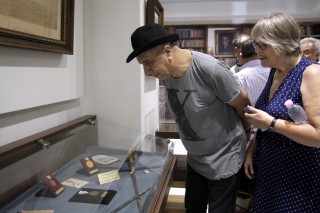 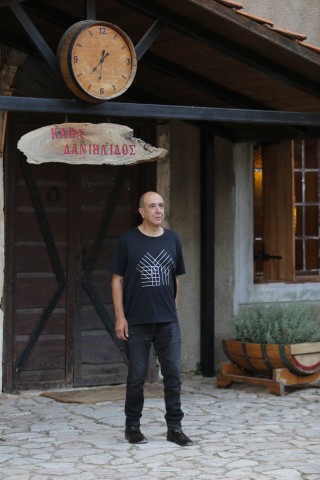 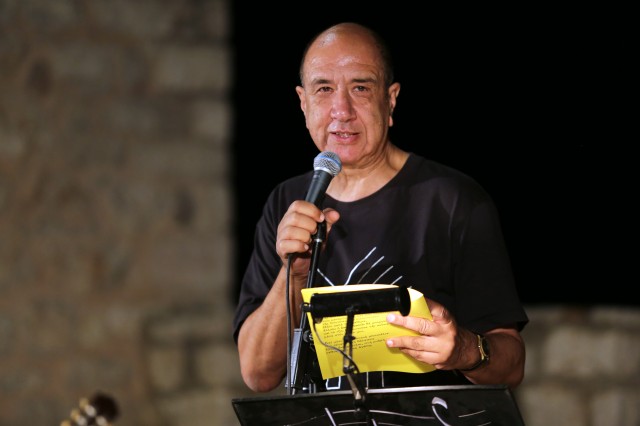 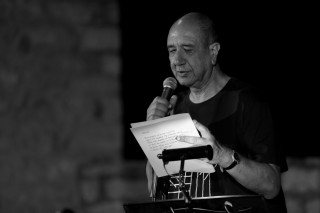 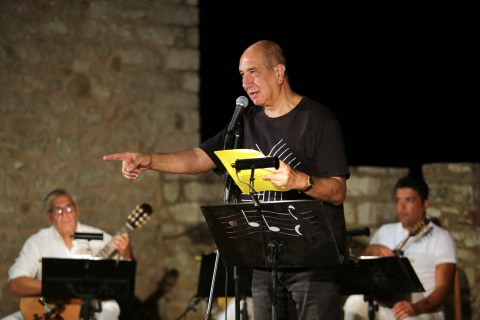 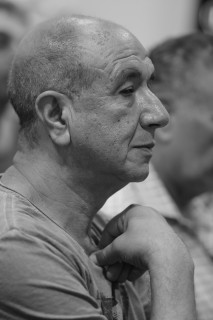 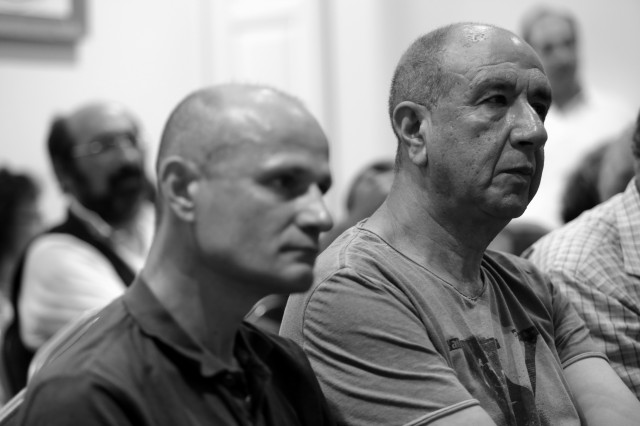 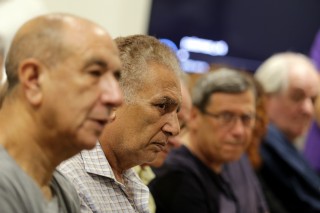 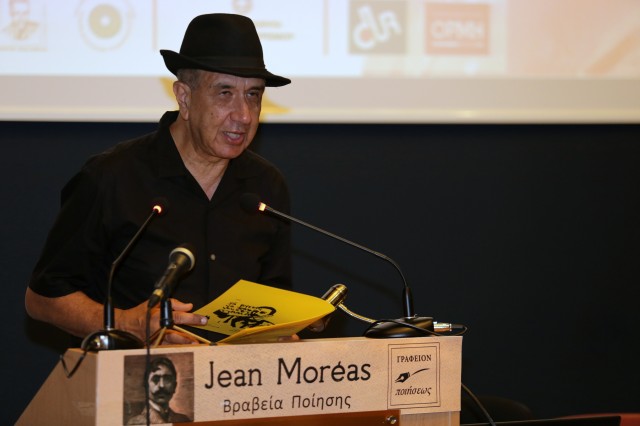